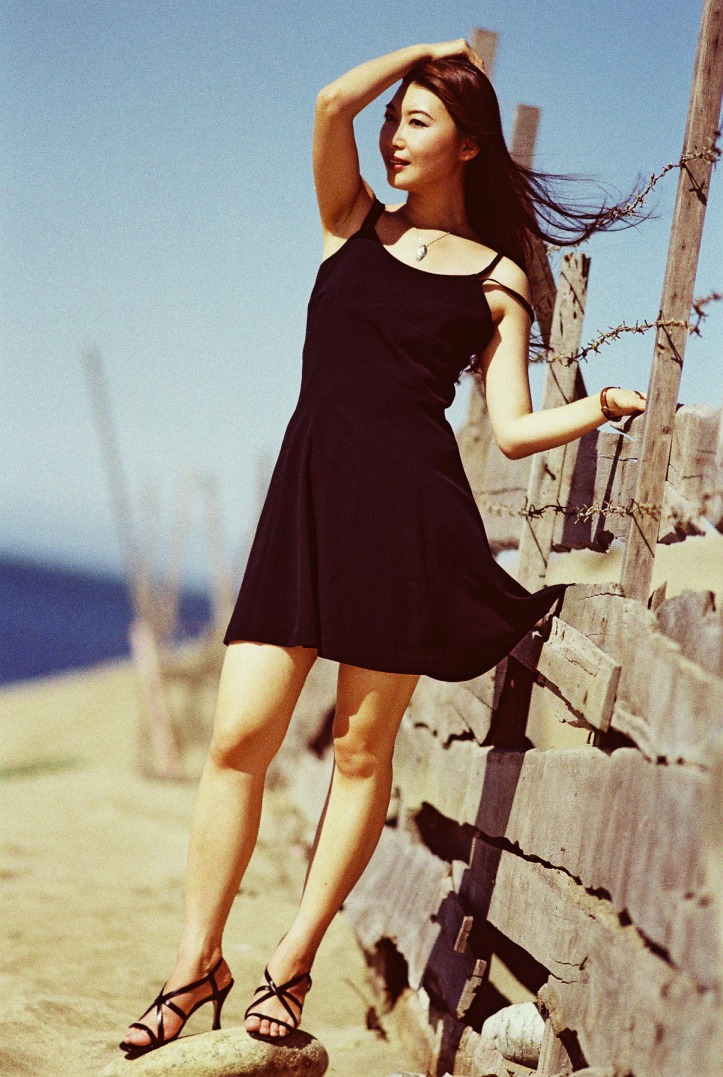 Myself? I do own a few of them, just like you I guess, but there is a particular one which brings more memories to me than the others….

Back in the 90s, a young me, in fact, a very young me ( legal age though ) got married in Sydney, to a Chinese man whose family owned and ran a building foundation company in the largest city of China – Shanghai.
Even though we were both Chinese, however, China and Taiwan were very different back then. When we decided to move back to Shanghai soon after we tied the knot, I knew it’d be a great challenge for me.
At that time, just before China opened up to the material world again, everything was still quite closed and communist….
For a young woman like myself, who was born and grew up in Taiwan and had experienced a life in the Western world – Australia… I was in a total ‘culture shock’ when I first landed my feet back in China, with my then husband.
And I meant it literally, because the minute I landed at Guangzhou BaiYun International Airport, at the customs checking point, the customs officer took my Vogue magazine away…. ( Because some images inside were not ‘appropriate’! )

This sounded like a disaster in the making already, and I’m not going to sugar coat it… It was very difficult for me, at that age, coping with a new family I didn’t quite know, plus a new environment which – let me put it this way – the world I only learnt about from Chiang Kai-Shek’s KMT government in Taiwan’s anti communism campaign… ( Although today when I look back, I do feel fortunate that I had a chance to witness China at the beginning of a dramatic change in its modern history. )
To cut a long story short, I found myself in a mess… Such a mess, which my young, naïve and powerless self did not know how to deal with.
Five months’ trying, fighting and failing… Divorce soon came to my mind, and so I was planning an escape to separate from ‘the whole thing’….

My master plan to escape, was to disappear….
Quietly moving into a room in a small unit owned by a lady friend, also in Shanghai. During this period of time I had contacted some of my relatives to help me.
The first family member who offered to help, was my uncle from my mother’s side.
Uncle John sent me one hundred US dollars from Taiwan as a test to see if I could receive it safely.
And I did.
Suddenly I received HOPE again and the first thing I did? You bet! I rushed to Shanghai’s modernist shopping district to try on new clothes!!

By the end of my 4th week’s disappearance, my then husband’s family finally reported to Shanghai Gong-An ( police station ), so they started searching for me….
Eventually, I did move back home.
A very bitter agreement of our separation soon followed.
During this period of time, I was waiting for my family to send me the travel fund for my ‘Shanghai escape’… or, should I say, ‘marriage escape’?!
I sold an 18K heart shape gold pendant – a gift from my then mother in law – to pay for a photographer from Shanghai’s famous Wang-Kai Photography Studio to photograph my ‘soon to say good-bye’ home – an old style penthouse in Xuhui, in the French concession in Shanghai.
I had lovingly decorated the inside of this Shanghainese/French penthouse. As I couldn’t take my beloved penthouse away, I could ‘at least take the photos of it with me’. I thought.

When I finally received my ticket fund, I was so tempted to arrange a location shoot with my new little black dress. My endless location scoutings had delayed my escape plan….
In the end I did not have enough spare money left after I purchased my one way ticket to freedom. So I was forced to give up on doing another photo shoot – the one with my little black dress.
Flying back to my homeland Taiwan, our separation officially started.

‘What happened to that little black dress?’ You might wonder.
Well, due to missing out on a ‘Good-bye Shanghai’ shoot, I went ahead to organise a ‘Hello freedom’ shoot at the beach of Tao Yuan county, Taiwan.
That’s this above photo you are viewing right now… My little black dress – a symbol of freedom, empowering and courage….
My long hair was wind swept by the strong sea breeze, clearly, I was enjoying and embracing the fresh air of freedom….