At The Media Preview Of Jean Paul Gaultier For Target Australia 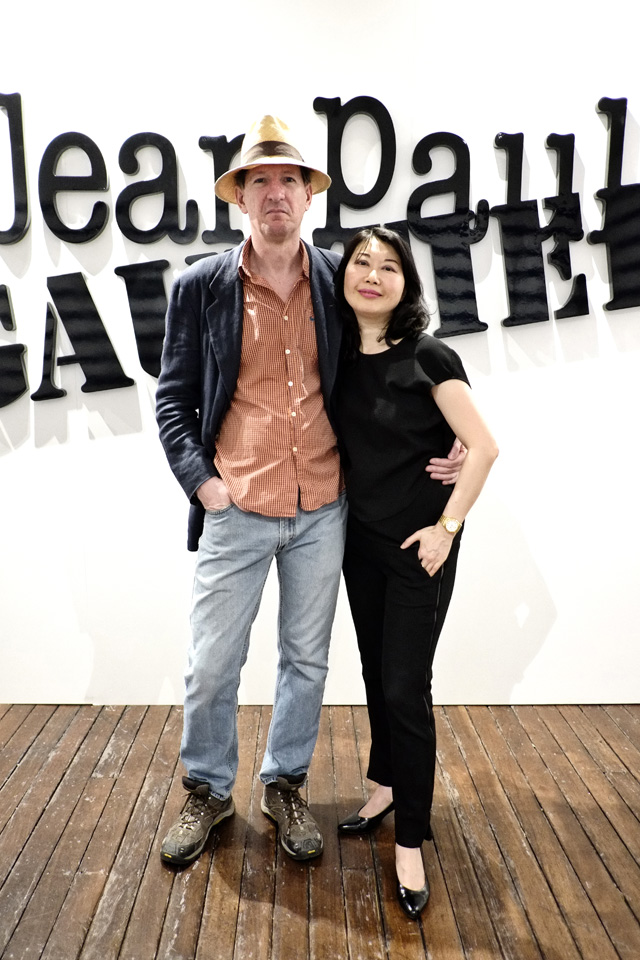 I was at the media preview and launch party at La Porte Space a few weeks ago and had a chance to see this exclusive range, including women’s; men’s; children’s clothing and homewares.
The room was painted with Jean Paul Gaultier’s infamous Breton blue stripes and we saw the stripes throughout the range; together with the flamboyant designer’s tattoo-inspired prints.

True to his playful and quirky style, ‘the bad boy’ of the fashion industry has created a range of wearable and very affordable (from AUD$10) fashion and homeware items which were inspired by streetwear; pop culture and ‘ta-dah~’ – Australia’s laid-back lifestyle.
Following on from the success of Target’s previous collaboration with high-end fashion designers such as: Missoni; Dion Lee and Stella McCartney, this exclusive JPG for Target collection will be available in early 2016.

In a room decorated in blue Breton stripes, we were treated to French fromage and French champagne flowing.., for a little while it felt like the French Riviera was here!

For more images of the event, simply check out Street Fashion Sydney !