Throwback The ’90s – Braids; Door Knocker Earrings & Parting Your Hair Down The Middle 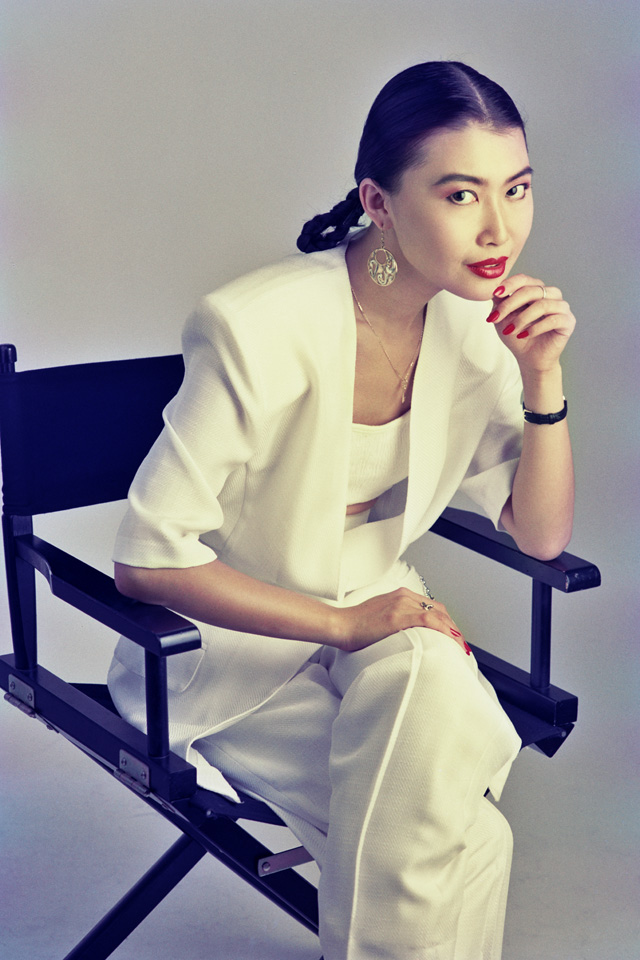 Yes, my ’90s series continues. At first I thought that I’d blog a series of six to eight posts about ’90s trends and styles.., well the thing is, the more I spent on my days off digging through my film negatives, the more gems I found and the longer this series has become.

Who could forget ’90s epic middle parted hair?!!! Drew Barrymore and Jennifer Love Hewitt loved parting their hair down the middle; baby faced Leonardo Dicaprio and even Johnny Depp couldn’t escape this middle parted hair fate back then in the ’90s.
However, not everyone could or can pull this look off, for a modern take on the same trend, I suggest that it works better on the straight; sleek hair, which is certainly in right now. (Us lucky Asian!)

’90s braids… Ahhh~ Think of Britney Spears in her music video Baby One More Time, the plaited hair and the ’90s school girl trend seemed to go hand in hand.
Not a fan of the school girl look? Not too worry, Janet Jackson taught us how to make our braids look bad ass; edgy and cool…